“Unhappy is the land that needs a hero” – Bertolt Brecht. 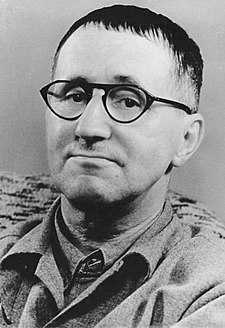 The US had Audie Murphy for a hero once, but they never made the same frenetic screeching that they now do about Chris “American Sniper” Kyle. In Murphy’s time enough people were touched by the horrors of war to know that deep down the notion of a “war hero” is irreducibly oxymoronic. Our notion of a “hero” is stripped of complexity and it is cartoonish; applying it to war makes as much sense as having a heroic cancer.

Manufactured heroes like Kyle are symptomatic of deep social cultural and political decay. Delusional myths are becoming ever more central to the functioning of the US state. Those who are not blinded by ideological fervour are systematically excluded from positions of power and influence in the private and state sectors. Sane people may remain in office, but sane actions are blocked, twisted, co-opted, reversed and/or simply drowned in the wider context of decadent insanity.

In the Bush era some of history’s worst mass-murdering war criminals effectively disguised themselves as fanatical ideologues, but ironically they left an empire stripped of its ability to function rationally. At best they bought their empire 15 to 20 years more life at the cost of more than 1 million Iraqi lives. But this is far from over, and the whole world, including the US people, will suffer greatly because of their actions.

Systemic dysfunction has become a global norm in the Western world and in its enslaved neocolonies. We have to face the challenges of global warming and the end of the petrochemical underpinnings of our economies with a bunch of deluded freaks running the show. Those who try to maintain reasoned professional conduct are also living in a type of delusion. Where evil giants ravage the land, they see only benign windmills. Active dissent, active rejection existing power, and active resistance are the only sane options left.

One thought on “The decadence of ﻿American Sniper”